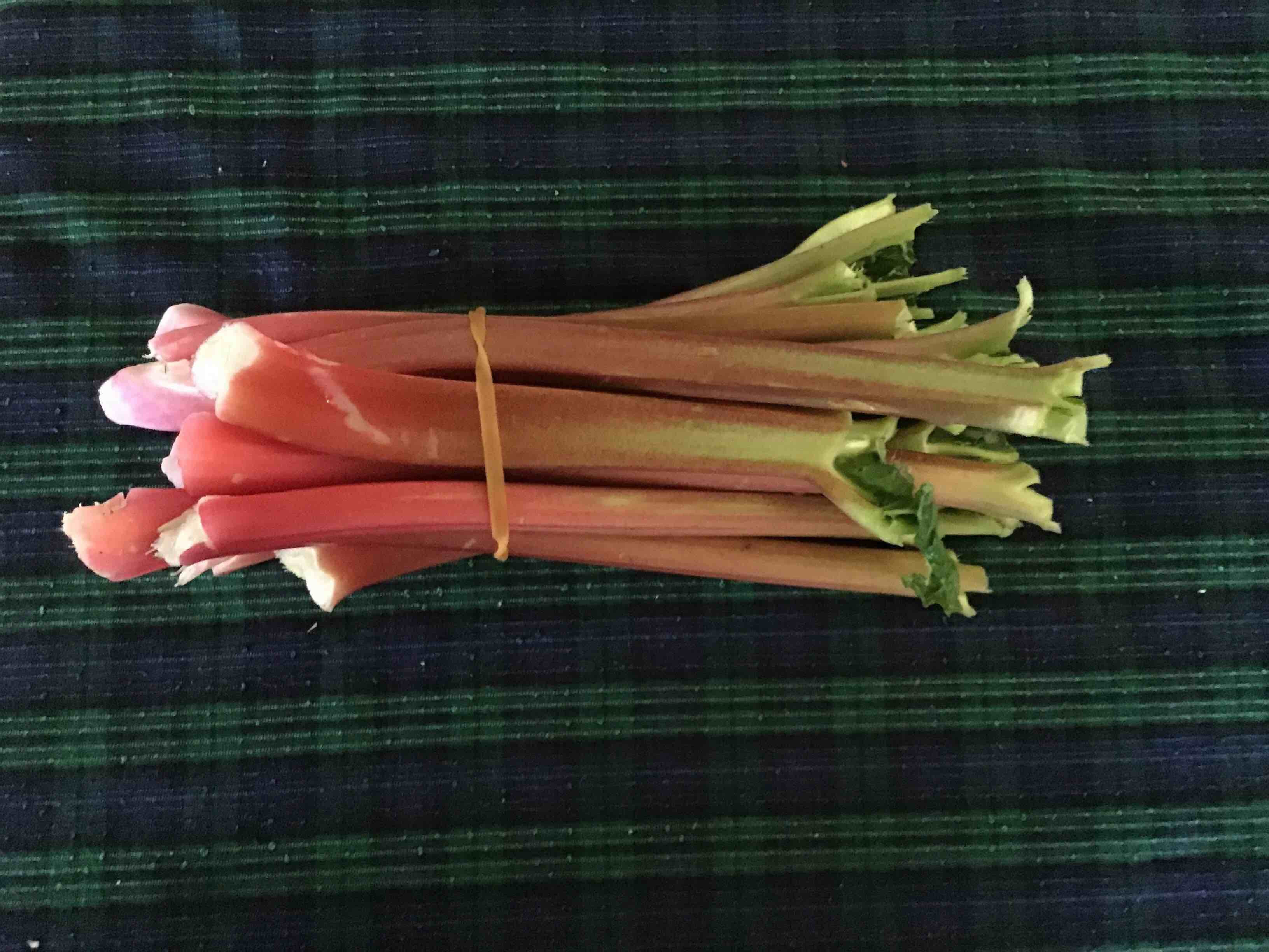 Rhubarb can be one of those veggies that people tend to shy away from.

But you should definitely give it a try!

Our rhubarb grows in the farms beautiful fertile Pensilvania soil, and is never sprayed or treated with any chemical what so ever.

Grown just like nature intended, all that natural goodness will be passed along to you in each bite!

Rhubarb is a vegetable with edible stalks. It looks a lot like celery but they do not taste the same at all. The color of rhubarb can range from light green to bright red, and it is tart in taste.

However, it is when you cook rhubarb along with some sweetener that the flavor really shines!

With that beautiful red color rhubarb is loaded with healthy antioxidants. It is also rich in fiber, vitamin C, vitamin K, and more!

How to use Rhubarb?

There are so many ways to prepare rhubarb but it is typically used in desserts. Recipes such as, Strawberry rhubarb pies, banana rhubarb muffins, and rhubarb gullets...yum!

Rhubarb can also be cut into bite size pieces, quickly boiled for 1-2 minutes, blanched in ice water, then frozen for rhubarb on the ready any time!

It's only here for a little while, be sure to give rhubarb a try!

*Organically grown, stalk only, no leaves (the leaves of rhubarb are toxic.)