Who, what, when and how we make maple syrup!

As the season starts to slowly make its way to warmer weather, the oncoming of spring brings the trees out of their winter hibernation. Longer days and stronger sunlight bring out the sugars in the maple trees. Leaf buds start to appear, and the sap has a strong flow. The trees begin to wake up.

All this gives the Beiler’s good reason to get outside and start tapping their maple trees!

Jonas prefers to tap the maple trees with pipelines that go to each tree. The tubing stays up all year long. The taps are put in at the beginning of the season in late February. At the end of the season, they simply pull the taps out of the trees. The 15-acre wooded lot is situated on a steep hillside, and it would be a big job to carry all that sap out in buckets!

Jonas’s son Elam and his daughter Katie work as a team to drill the holes and hammer in the taps. When the weather is right and a big sap run is expected, the Beiler’s are out in the woods upgrading the equipment and lines, getting it all ready to collect the sap. 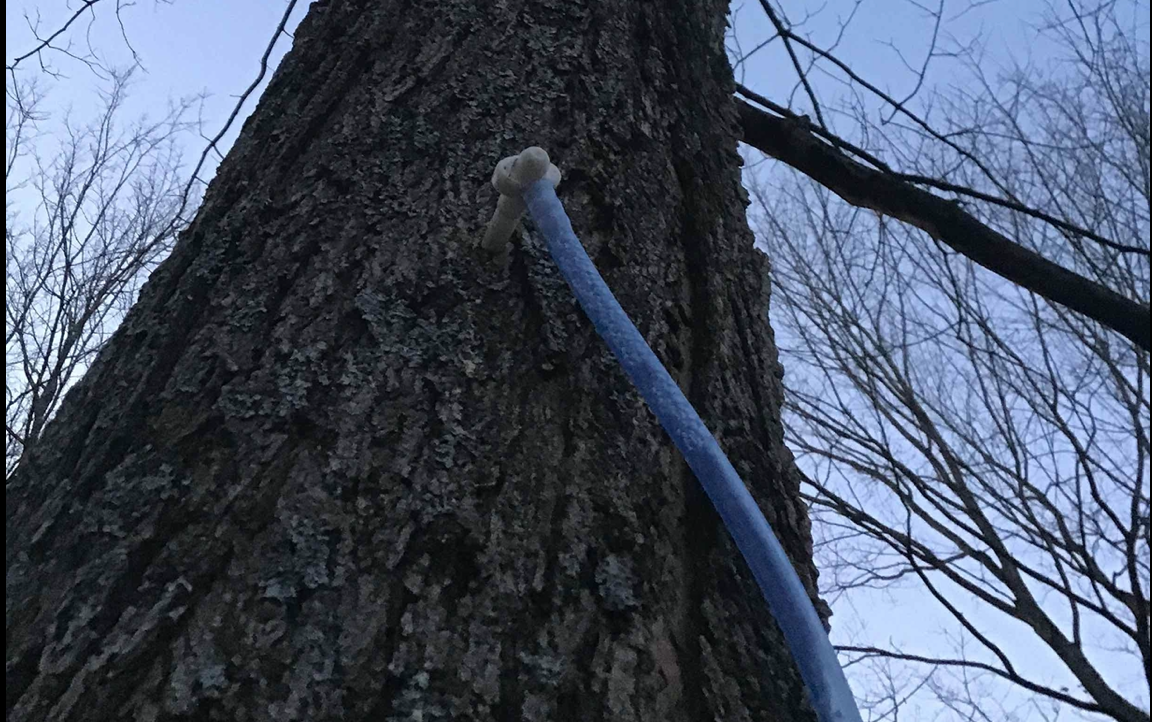 All the trees they tap are hard maples because the sap generally has about 2% sugar. In comparison, soft maples have about 1% sugar.

Sap runs usually last several hours to several days depending upon the weather.

Cold nights and sunny days are ideal, it needs to be at least 35 degrees to thaw out the ice that forms in the lines.

The Beiler’s have approximately 2,000 taps, on a good day, the taps can yield up to 1 gallon of sap! They usually get about 3 to 4 pints of syrup annually per tap depending upon the weather.

The first tap this season they collected 2,500 gallons of sap. The sugar content of the sap was 2%, at that rate it takes 40 gallons of sap to make 1 gallon of syrup. They will get roughly 62 gallons of syrup from that batch.

To turn the sap into syrup it has to boil for a long time to evaporate the water.

This can take anywhere from 4-5 hours per batch. Jonas uses a wood-burning open evaporator that can boil about 500 gallons per hour.

The syrup that they make will generally be darker and more flavorful than others for a couple of reasons.

Because the wood heat temperature fluctuates up and down, it takes longer and needs to be in the evaporators for more time than if they were to use gas or fuel as a heat source. Naturally, the open wood-burning evaporators get some wood smoke into the syrup and this also attributes to the darker color and flavor of their maple syrup. 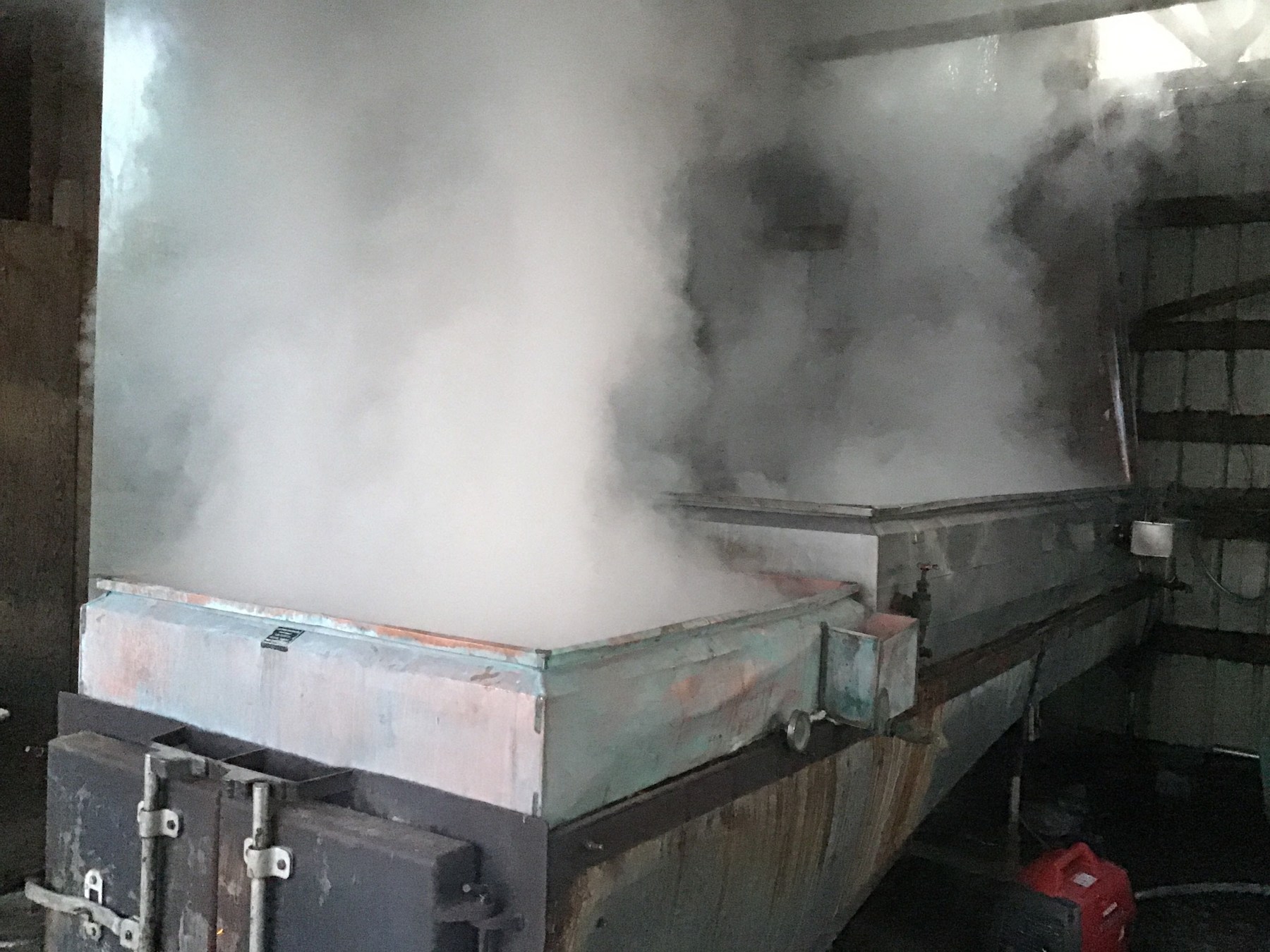 After it's all boiled down into syrup it’s cooled, bottled, and ready to be enjoyed and shared!

The Beiler family uses maple syrup for everything instead of cane sugar or other sugars.

Some of their favorite ways to use it are to mix maple syrup into milk, yogurt, and even ice cream. Yum!

They have been tapping their trees and making maple syrup together as a family for over ten years, and they hope to continue for many years to come!

-Sara and the Beiler Farm Team

Did you know farm Jonas is a butcher? 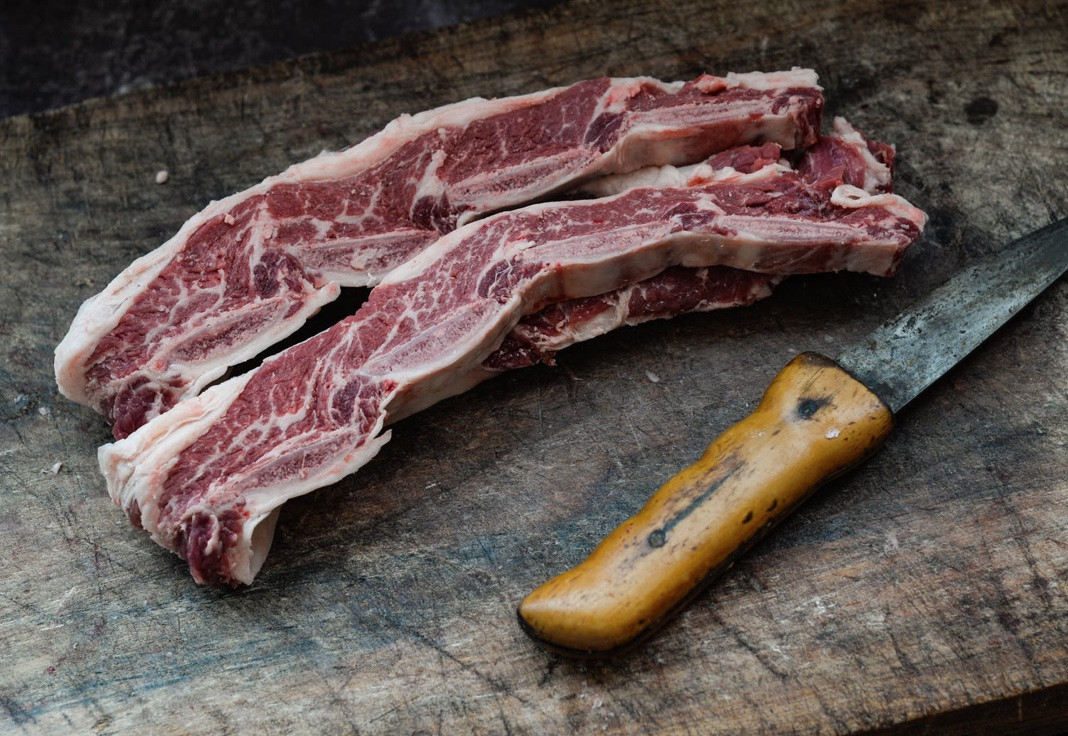